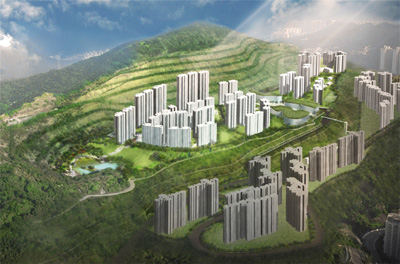 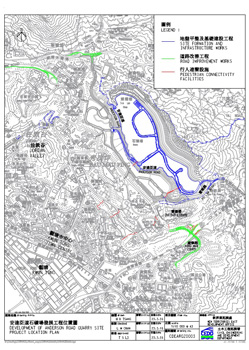 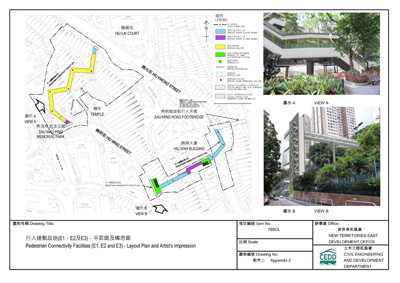 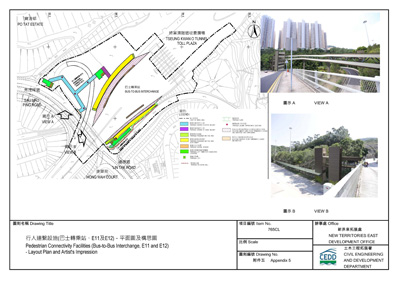 The project is to provide land and the associated infrastructures for the proposed land uses at the existing Anderson Road Quarry (ARQ) site at the north-eastern of East Kowloon according to the approved Kwun Tong (North) Outline Zoning Plan. The ARQ development site will provide about 12 hectares of land for housing development, to facilitate the population intake to commence from 2023-24 onwards. Land will also be provided for commercial uses, government, institution or community facilities, open space and amenity areas, etc.

In addition to the site formation and infrastructure works within the ARQ site, a bus-to-bus interchange (BBI) will be constructed at the toll plaza of Tseung Kwan O Tunnel for public use, and to alleviate the public transport demand at Sau Mau Ping, Po Tat, Hing Tin areas as well as to mitigate the traffic impact generated from the ARQ development. A series of associated off-site road improvement works and pedestrian connectivity facilities is also proposed to enhance the pedestrian connectivity between the ARQ site and housing estates in the vicinity, the Kwun Tong town centre and the proposed BBI, as well as to mitigate the potential traffic impact arising from the proposed ARQ development.