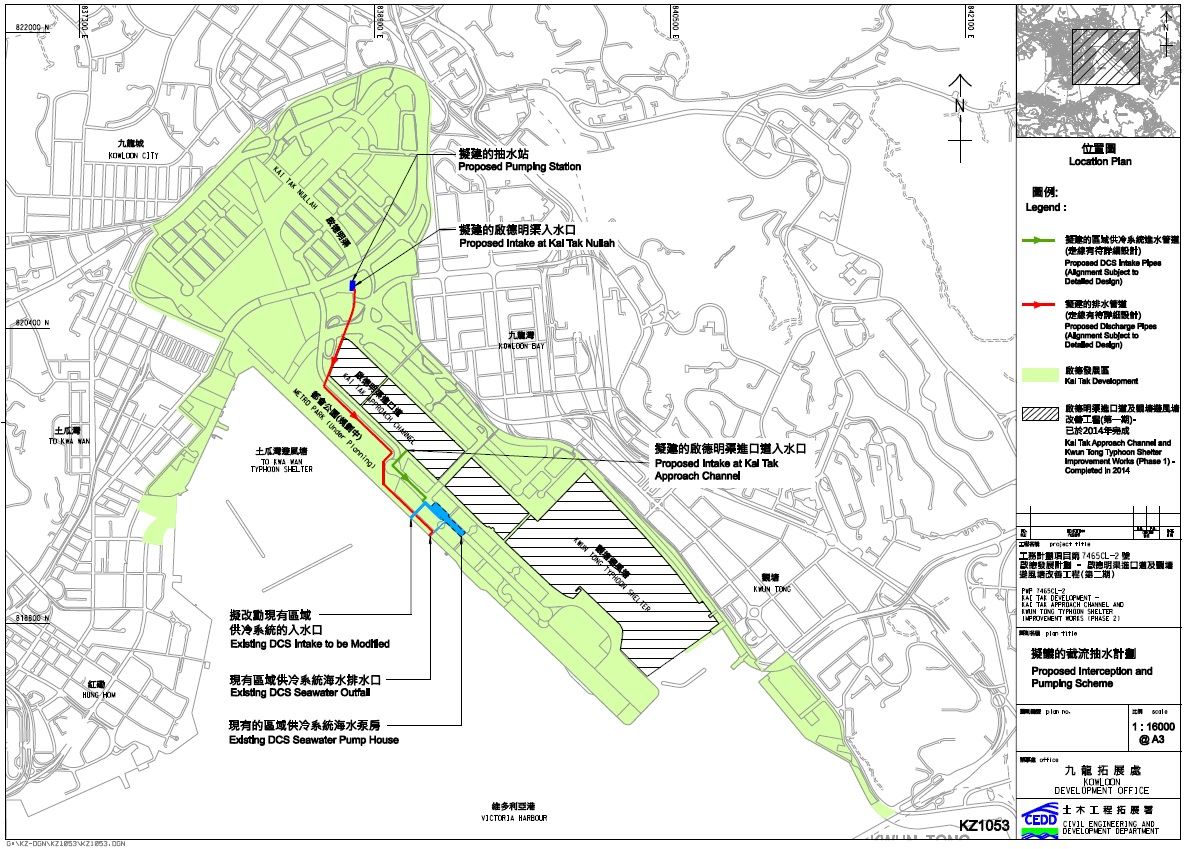 An Interception and Pumping Scheme will be implemented under the Kai Tak approach channel (KTAC) and Kwun Tong typhoon shelter (KTTS) improvement works (Phase 2), which includes:

A comprehensive review was conducted by CEDD in late 2014 to evaluate the effectiveness of the completed mitigation measures, including localized maintenance dredging within KTAC and in-situ bio-remediation treatment of sediments at KTAC and KTTS implemented under the Phase 1 improvement works, as recommended under the Environmental Impact Assessment (EIA) for Kai Tak Development (KTD). The review concluded that an Interception and Pumping Scheme could achieve similar environmental performance as the originally proposed 600m opening at former runway and meet the requirement for odour mitigation under the EIA for KTD.