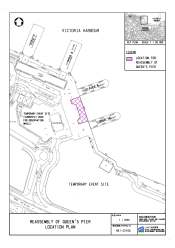 The scope of the project comprises:

The retainable parts of Queen's Pier were salvaged and stored at Kau Shat Wan Government Explosives Depot on Lantau Island for future reassembly. CEDD have engaged consultants in June 2014 to carry out review, design and construction supervision of the proposed reassembly works. The preliminary design work had been completed and we consulted the Task Force on Harbourfront Developments on Hong Kong Island of the Harbourfront Commission on 29 February 2016 and the Central and Western District Council on 10 March 2016 on the proposal to reassemble Queen's Pier. The two-month community engagement exercise to engage the community on the reassembly proposal expired on 17 May 2016. The views received are being analysed.