Tuen Mun New Town, in the western New Territories, is developed mainly on land reclaimed from Castle Peak Bay and on platforms formed in the valley between Castle Peak and the Tai Lam Hills. It covers a total development area of about 3266 hectares for a planned population of 589 000. The new town's population is about 502 000 at present.

In southwest Tuen Mun, the River Trade Terminal operates as a consolidation point for containers and bulk cargoes between Hong Kong and the Pearl River Delta ports. The reclamation for special industrial use has been completed to cater for the increasing traffic demand in association with these developments. The Lung Fu Road (Foothill Bypass) has been completed and opened to traffic. Road L18A (named Yip Wong Road) forms an extension to Yip Wong Road in Tuen Mun Area 18 was opened for public use in September 2009. In northwest Tuen Mun, Area 54, planning and detailed design for further infrastructure works to cope with development in the area are in progress. The site formation and associated infrastructure works to serve the planned public housing and government, institution or community (G/IC) developments are implemented in phases.

The MTR West Rail with two stations in Tuen Mun, has been put into operation, adding another convenient mass transit facility to connect the new town with the urban area. 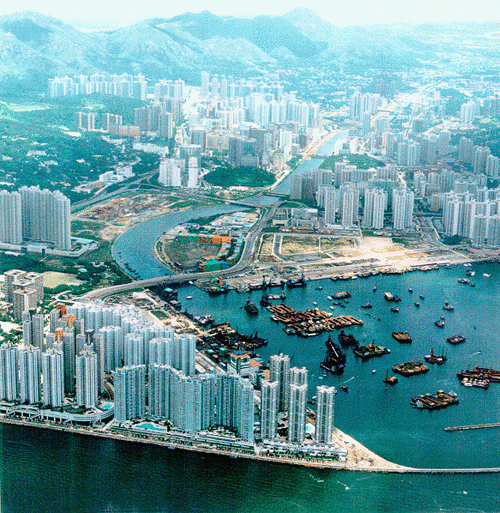