Tsuen Wan New Town covers Tsuen Wan, Kwai Chung and Tsing Yi Island with a total development area of about 3 285 hectares for a planned population of 845 000.  The new town's population is about 785 000 at present.

Tsuen Wan was an industrial area. Although most of the factories have been relocated to the Mainland over the years, Tsuen Wan still retains its character as an industrial hub.  The new town has Hong Kong's nine container terminals in its midst in Kwai Tsing.

Major highway projects to extend and complement the main road network to cater for increased traffic in the area have been completed. The section of Route 8 between Tsing Yi and Cheung Sha Wan was open in December 2009. Widening of the existing Yeung Uk Road between Tai Ho Road and Ma Tau Pa Road was also completed in August 2011. Besides, the Investigation Assignment of Flyover from Kwai Tsing Interchange Upramp to Kwai Chung Road has been substantially completed. Highways Department will carry out the detailed design and subsequent project implementation. The implementation programme of the Tsuen Wan Bypass project will be reviewed by Highways Department in a timely manner. 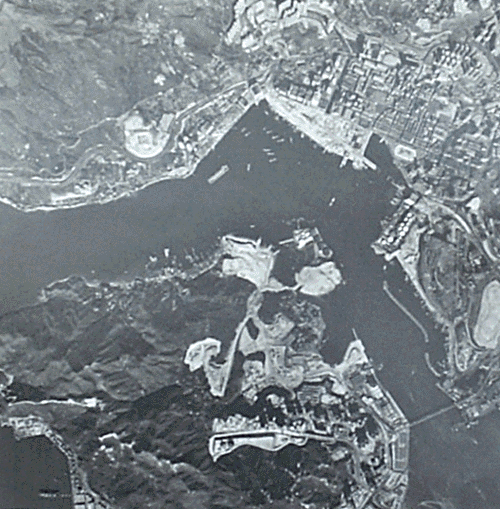