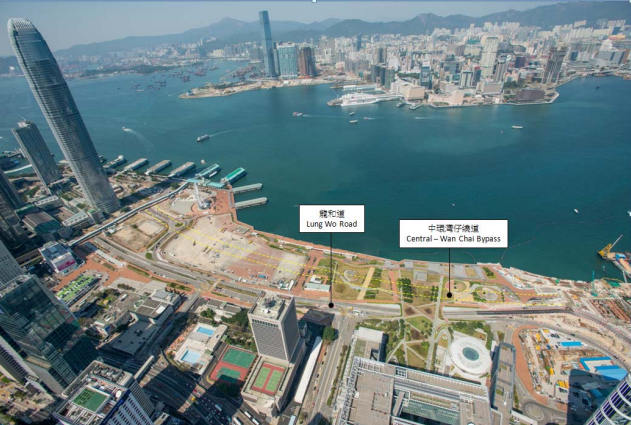 The Central Reclamation Phase III (CRIII) project that commenced in February 2003 has been substantially completed in October 2011. The CRIII project provides about 18 hectares of land in Central for provision of essential transport infrastructures including the Central - Wan Chai Bypass and for development of a world class waterfront promenade. Lung Wo Road, which provides relief to the congested traffic in Connaught Road, and other roads serving the new government office at Tamar were opened to the traffic in 2010. To enhance the vibrancy of the new Central Harbourfront, the new Public Piers Nos. 9 and 10 were opened to the public in April 2007 and July 2010 respectively, an Advance Promenade of 2.5 hectares was opened to the public in November 2012, and the adjoining open space and pet garden were also opened for public use in January 2014. Some other land formed are used for organizing events from time to time. 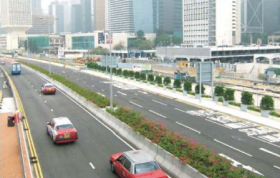 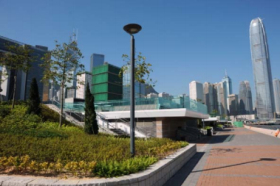 Advance Promenade was opened the public in November 2012 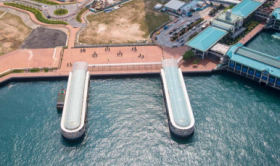 Pier Nos. 9 and 10 were opened to the public in April 2007 and July 2010 respectively
Prev photoNext photo