Achievements of the Geotechnical Engineering Office on Landslip Prevention and Mitigation

Since 1977, the Geotechnical Engineering Office has spent about $26.2 billion (as of 30 September 2021) on landslip prevention and mitigation studies and works. Until 2010, the work was undertaken under a Landslip Preventive Measures Programme (LPMP) and a rolling Landslip Prevention and Mitigation Progamme (LPMitP) was launched in 2010 to dovetail with the LPMP to control the landslide risk in Hong Kong. Up to end of September 2021, about 6,308 government man-made slopes were upgraded and safety screening studies for about 6,261 private slopes were completed which resulted in the issue of Dangerous Hillside Order to the private owners of more than 3,143 potentially substandard private slopes for follow up studies and works. The overall landslide risk arising from man-made slopes had been reduced to less than 25% of that in 1977. Systematic studies of vulnerable natural hillside catchments affecting existing buildings and major transport corridors and implementation of the necessary risk mitigation measures has commenced in 2010.

To pursue Government's greening policy, the GEO makes every effort to provide vegetation covers to slopes and natural hillsides together with the landslip prevention and mitigation works. If greening is not practicable, appropriate landscape measures will be applied to make the slopes and hillside mitigation measures blend in with the environment. On average, about 270,000 plants are planted each year. Some examples of green slopes are shown below. 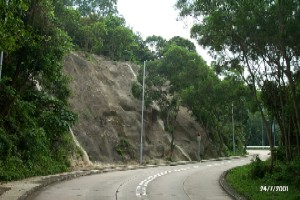 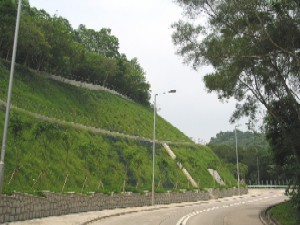 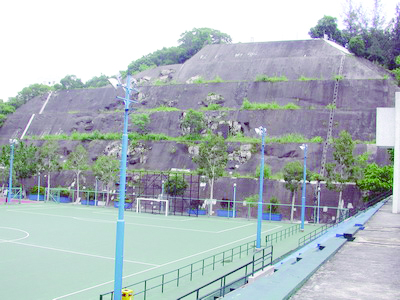 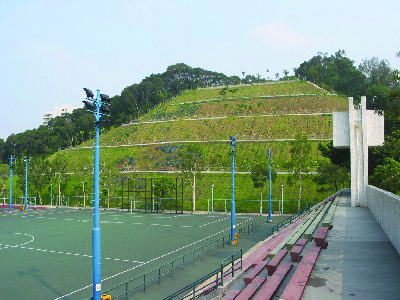